‘Eye bath’ to thank for quantum vision in birds 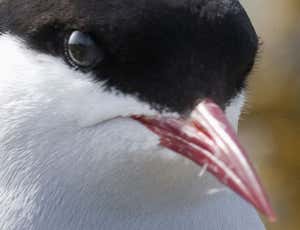 Move over, Schrödinger’s cat  – birds may be the true quantum animals.

The bath of cells in avian eyes could prolong a delicate quantum state that helps to explain how some birds navigate using Earth’s magnetic field.

It is thought that light reacts with receptors in the birds’ eyes to produce two molecules with unpaired electrons, whose spins are linked by a special state called quantum entanglement.

If the relative alignment of the spins is affected by Earth’s magnetic field, the electron pair can cause chemical changes that the bird can sense.

In 2009, researchers at the University of Oxford calculated that such entanglement must last for at least 100 microseconds for the internal compass to work. But how the sensitive state of quantum entanglement could survive that long in the eye was a mystery.

Calculations by Zachary Walters of the Max Planck Institute for the Physics of Complex Systems in Dresden, Germany, now show that interactions with cells in the bird’s eye allow the electron pairs to stay entangled for longer through a dampening effect.

Rather like the way a car with stiff shock absorbers takes longer to stop bouncing after going over a bump, the signal from the electron pair dies away more slowly under strong interactions with the cellular bath.

Predicting exactly how long entanglement is sustained won’t be possible until the mechanism is better understood, says Walters. But he believes there’s a good chance his model could account for the 100 microseconds.

Erik Gauger part of the Oxford team, is intrigued by the findings. “It seems possible that this might be the mechanism allowing for the persistence of quantum coherence,” he says. “But it is probably too early to say for sure.”

More on these topics: