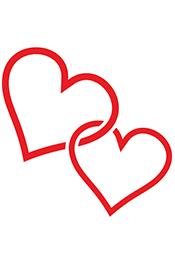 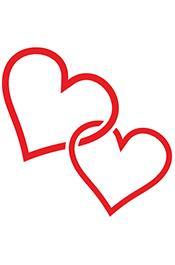 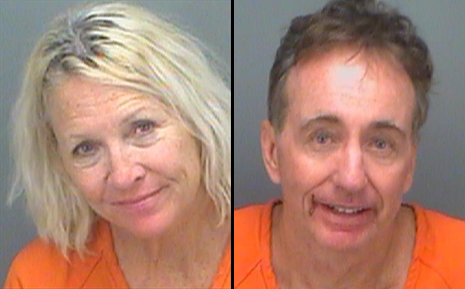 DECEMBER 24–After they were discovered having sex inside the women’s bathroom at a beachside bar, a 62-year-old woman and her 60-year-old male companion tussled with Florida cops who tried to arrest the tipsy duo, according to court records.

According to an arrest affidavit, “numerous subjects complained about the couple being in the restroom and complained to security staff,” who notified police around 12:30 AM. A sheriff’s deputy reported that Vogt and O’Brien “were heavily intoxicated and denied the allegation.”

When asked by security to leave the bar, the couple refused, cops say. When questioned by a deputy, Vogt and O’Brien initially declined to identify themselves or provide any means of identification. The duo also allegedly resisted arrest.

Pictured in the above mug shots, Vogt (left) and O’Brien were charged with trespassing, disorderly conduct, and resisting an officer, all misdemeanors. Vogt is also facing an assault rap for allegedly taking a swing at one cop.

O’Brien, a St. Petersburg resident, was released from jail on his own recognizance Sunday morning. Vogt, who lives in Gulfport, a city bordering St. Petersburg, was freed from custody after posting $600 bond.

A judge has ordered Vogt and O’Brien to stay away from Jimmy B’s Beach Bar, which is seen below. (3 pages)